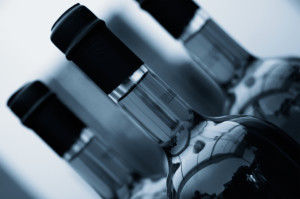 EtG is a direct metabolite of ethyl alcohol and is a marker for recent alcohol exposure. It is non-volatile, water soluble and stable. EtG may be detectable as soon as 2 hours after exposure and may be detected for up to 80 hours past consumption.

How does it work?

Known as the Ethyl Glucuronide test, or EtG, screening for alcohol is now easily detectable. EtG is found in urine and is a metabolite of alcohol. It is formed in the liver by combining alcohol with the liver’s natural glucuronic acid. When combined, EtG is created.

Why test for EtG?

EtG tests whether ethanol has been used; it is not a test for current impairment. EtG is most useful in testing individuals who should not be drinking at all.

How accurate is EtG?

Studies conducted have proven EtG screening is accurate in detecting recent alcohol consumption regardless of the individual’s prior drinking history. EtG testing is used as an effective tool for law enforcement, corrections and treatment programs.

Can the EtG results tell me how much ethanol has been consumed?

Any positive result means ethanol has been processed by the liver. EtG production is variable among individuals, so care must be taken not to read too much into the data from a randomly collected specimen, such as trying to tie a specific EtG level to a specific amount of alcohol exposure. While a positive result is reliable evidence of recent ethanol intake, the actual level detected is a function of the amount of alcohol consumed, the time interval since the last use, and the individual’s specific liver enzyme activity.

What is your EtG testing threshold?

RSI LABORATORIES threshold for EtG testing is 500 ng/ml. This recommended threshold “weeds out” most false positives that may occur from incidental environmental exposure to alcohol based products.

What type of test is EtG?

The EtG test is a lab based test taken from a collected urine specimen. EtG is an alcohol screen that can be, if contested, confirmed through LC/MS confirmation.

When would an LC/MS confirmation be required?

An LC/MS confirmation is needed in certain situations. When a client is contesting the initial EtG screen, when violating a client on probation and in cases where the courts request/require it.